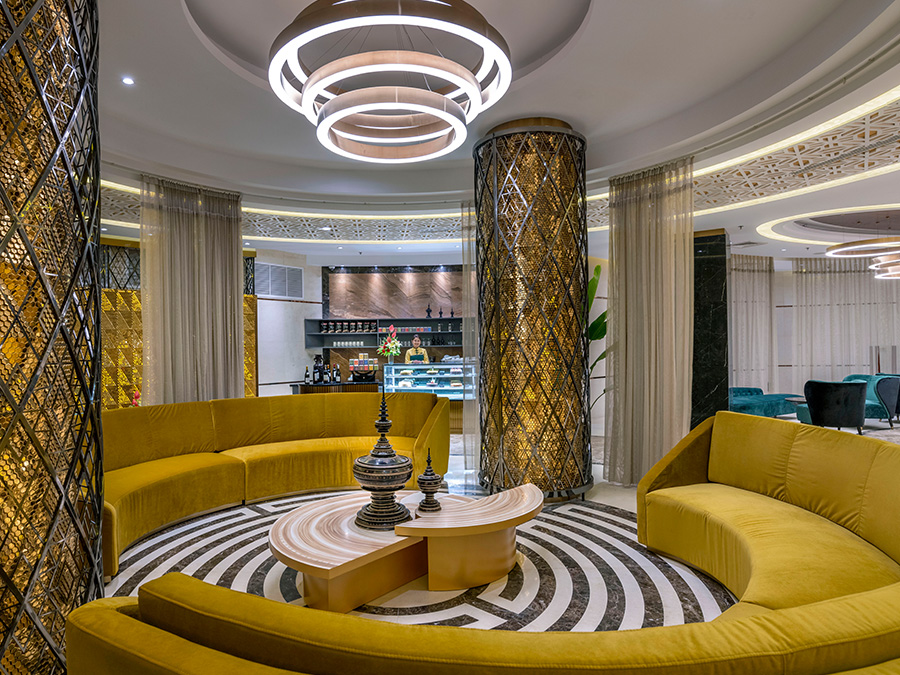 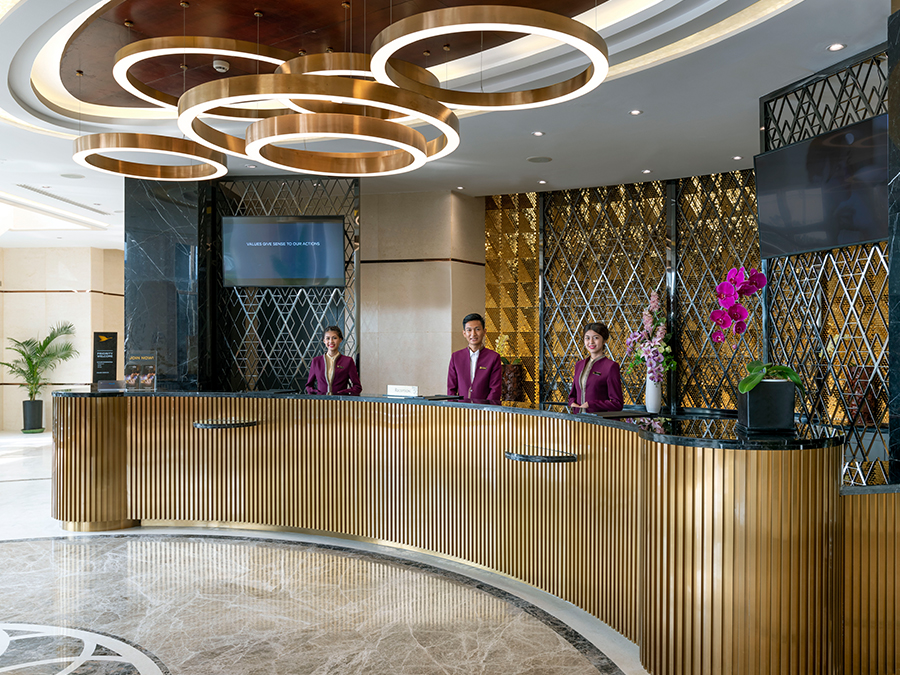 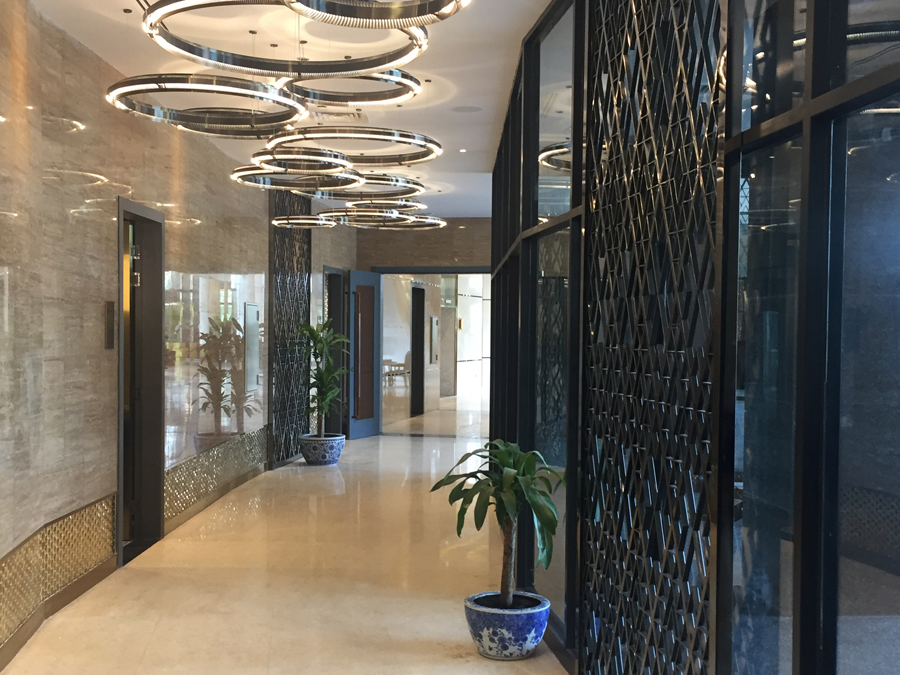 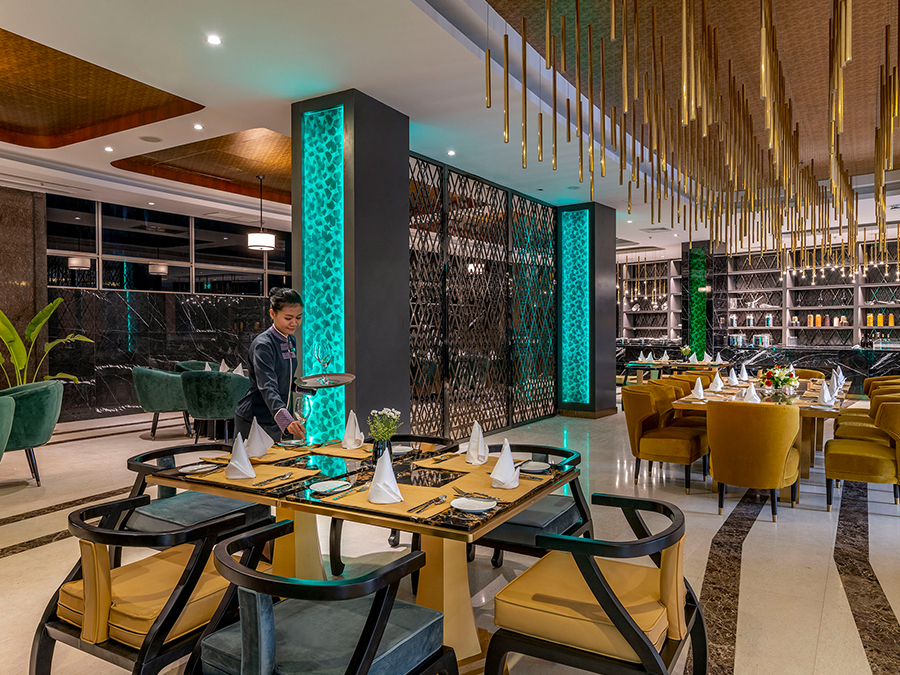 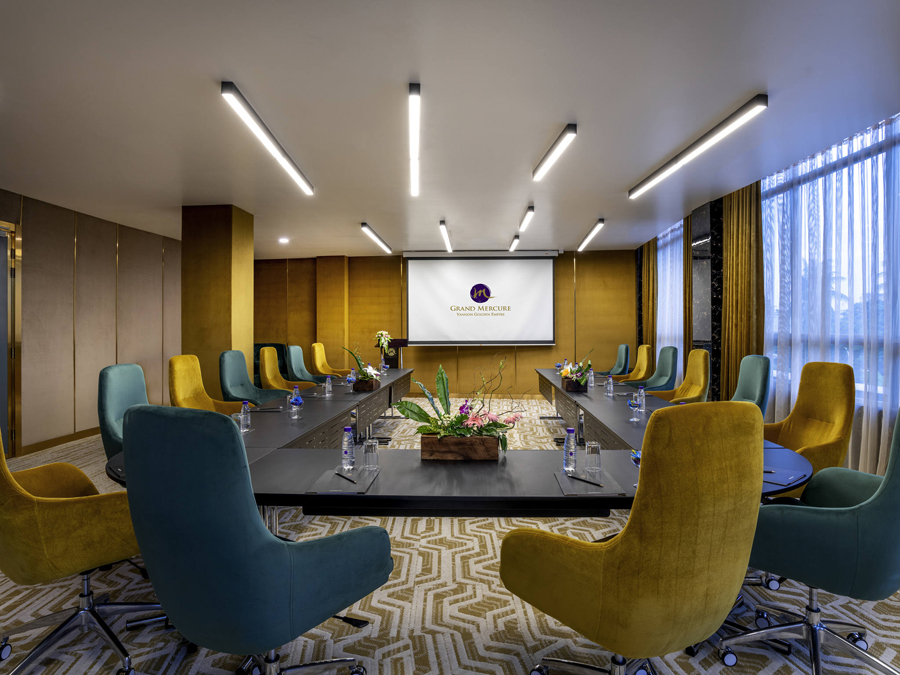 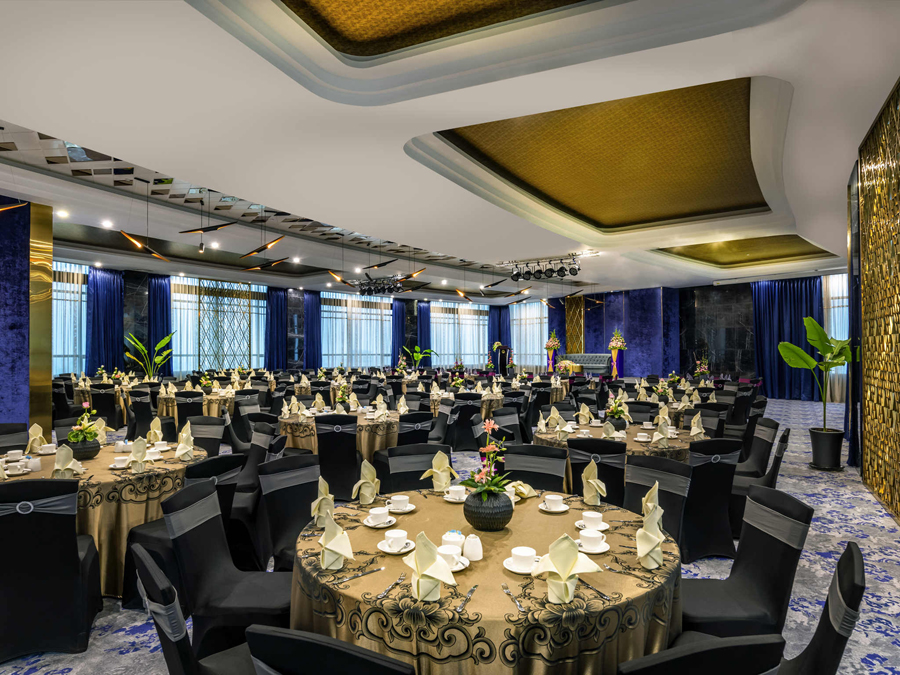 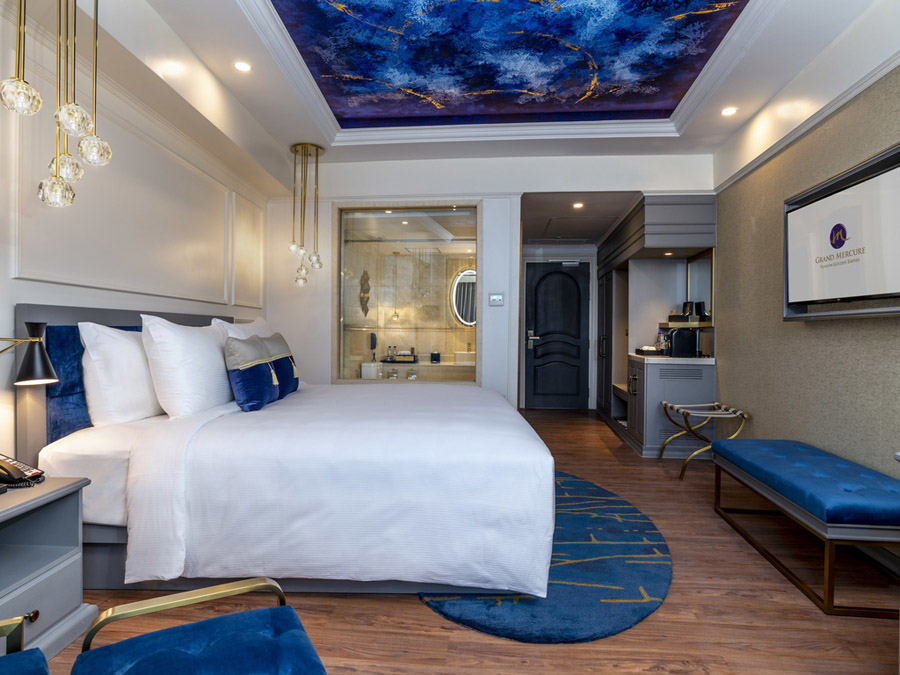 Originally planned to be a local hotel, this 9-stories 200-keys structure was built and partially furbished, and was intended to be called “Golden Empire” hotel. As part of the agreement between the Owner and Accor to turn this property into a 5-star Grand Mercure brand, majority of what has been built and purchased are to be retained and re-used.

S+A’s design, while complimenting the existing fit-out and the “Golden Empire” name, introduces contemporary design elements mixed with local materials and patterns to instill a strong connection with Myanmar culture and tradition.

Each guestroom is associated with a gemstone color as the hotel owners are in precious stones trading business.